The Subtlety of Sin 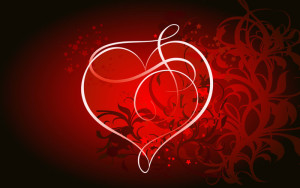 February is one of those months when we begin to dig our way out of the business of Christmas.  By this time, if the decorations aren’t stored away, you might begin to question if your schedule is too tight.  I heard someone say the other day that they STILL have a Christmas gift to wrap and deliver . . . YIKES.  But I digress.  Right when the decorations are put away and hopefully all the bills from Christmas have been paid . . . here it comes . . . Valentine’s Day.  I am not a big fan of the holiday, but I can live with it.  I have a great wife who doesn’t put any pressure on me and usually we shoot for a simple lunch or dinner together.  We might exchange cards.  I do use the day to emphasize that I love her and that I am grateful that God put her in my life.

Just like every other day of my life, I got on the computer and I went to the usual sites. Eventually I find myself searching for something on the internet and end up where many of you do – Google.  As soon as I get there, I find the usual Google logo is missing and in its place is a little animation to fit the occasion, just as they do on many holidays. Google has put some very creative animations and interactive doodles that I know my young children will enjoy, so when they come into my office, I gladly pull up the Google site and let them take a look.  So, I began to watch the Valentines animation.

I have to say . . . I loved the message.  It presents a little girl jumping rope and a little boy, wanting to show his affection, Googling and then taking her a flower.  She is not impressed and he goes away sad.  He once again Googles and little images of chocolate appear.  He then takes her a box of chocolates but her response is the same.  The little boy does this time after time and while the little girl jumps rope, many material enticements are thrown onto the screen.  FINALLY, the boy simply shows up with a jump rope and the idea to join her.  She is so excited that she stops and hugs him.  The two begin to jump rope.  What a great message.  It is not about all the things one can give, but rather it is about giving yourself.   I thought, “This is something I would love my kids to see.”

They decided this was an opportunity to insert, in a very subtle way, sin into the message.  The animation closes with 6 pictures that linger on the screen for a matter of seconds (seen below).  Instantly the video transforms from presenting a positive message to a video subtlety introducing sin.  Google decided to use the day and the animation as a means of pushing the homosexual agenda.  Here is how.  Of the six pictures, one picture is of two men, not jumping rope as all the other pictures show, but dressed in tuxes and holding hands.  How interesting that this comes one day after Washington makes gay marriage legal.

What we as Christians must understand is that the homosexual agenda will not be pushed on our kids through the overtly sexual images captured at gay pride parades.  They will never be shown the images of suffering patients whose bodies have been ravaged by the AIDS virus.  Nor will they be warned of how the disease is perpetuated by a promiscuous lifestyle (the origin of the disease is still up for debate, but the perpetuation is undoubtedly the result of promiscuity).

Instead, they will be exposed and indoctrinated to the sin of homosexuality through the cute animations of clever people.  They will be introduced to homosexuality by books that will begin to enter school libraries.  They will become numb to this sin through school assignments and required readings of inspirational stories spotlighting people who fought in wars and sacrificed for their country. . . and oh, by the way, they were gay (which had NOTHING TO DO with their courage in battle or their sacrifice).

My brothers and sisters in Christ, make no mistake about it; Satan has ALWAYS worked in this manner.  He was subtle when he attacked Adam and Eve and he is still subtle in his attacks today.  Satan is not in the business of scaring people.  Satan is in the business of luring people in order to destroy them.  Simply look at how the Bible presents the adulteress (another sexual sin).

Proverbs 5:3 – For the lips of a forbidden woman drip honey, and her speech is smoother than oil.
Proverbs 6 – the adulteress is described as having a “smooth tongue.”  She is beautiful and she captures men with her eyelashes.
Proverbs 7 – The adulteress has “seductive speech.”  She persuades and she is a smooth talker.

Do you think that Judas was a devoted follower of Christ and then all of a sudden he decided to betray Jesus?  That is not the way it happened.  We know from the Gospel of John that Judas was in charge of the money.  He had been taking from the moneybag and enriching himself.  What was a little spare change among friends?  It didn’t matter; so, when 30 pieces of silver were offered for betrayal, why not?

Later, God tells us quite plainly through the Apostle Paul, “Satan disguises himself as an angel of light.”  Now why do you suppose he does this?  Perhaps because light is blinding.  That would be a fair answer, but more likely this description is given for the fact that Satan presents a false view of who he is and what he is up to.  The seductive woman sounds great.  The money sounds great.  For those who are tempted by homosexuality . . . it sounds great.  Satan would never allow you to see the reality of your sin, nor the result for that matter, because he is all about deception.

Let me share another Valentine’s Day event.  As my family ate dinner together, my girls asked if I knew who Whitney Houston was. Being a child of the 80’s, I knew exactly who she was.  She rose to fame during those years and no matter if you liked her music or not, few would argue that she didn’t have an incredible voice.  My daughters proceeded to ask, “We learned that Whitney Houston died from drugs and alcohol, but is that really the truth?”  I began to share with them that Whitney was raised in church and had been given a gift from God in her beautiful voice.  I went on to use this story as a lesson for my children.

The reality is that Whitney Houston died an early and tragic death because of alcohol and drugs, but she didn’t set out to be addicted to the very things that would kill her.  Her first steps, or rather missteps,   began when she gave into the subtle invitations of sin.  She believed that drugs and alcohol would enhance her life.  In no way, shape, or form was Satan going to allow her to see the all consuming hold it would have on her life down the road.  For those who go to Summer Creek Baptist Church, I believe you will recognize this reference.  Satan would not allow Whitney Houston to see that drugs and alcohol would seize her, convulse her, shatter her, and hardly ever leave her (Luke 9:39 – You can hear a sermon on this passage at https://www.summercreekbc.org/watch-and-listen/ – The Reality and Removal of evil – Part 1).

See Satan for who he is.  Know his ways.  You are and must be the one to protect your children.  Satan is very subtle in introducing sin, but the results of those sins are anything but.  It is time that we get rid of subtlety in teaching and guarding the lives of our children, as well as, our own lives.

Google,
I will not catch all the ways Satan will introduce sin to my children.  But I caught this one.  My children did not watch your Valentine’s Day animation, but perhaps many others did.  It’s a shame that you turned a very positive and truth-filled message into a subtle message of sin.