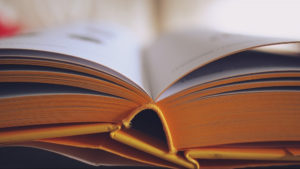 It is a well-known saying, “Never judge a book by its cover.”  Clearly that phrase is about going deeper.  The substance or depth of a book can’t be seen on the cover or even in the first few pages.  One must take the time to read and comprehend the volume of thoughts contained within the many pages of the book.  Without the time invested, it’s impossible to intelligently discuss, review, or evaluate the book.  Of course, that phrase applies to more than just books.

That desire to understand complex topics has always been with me, which is why I needed to investigate a fairly recent movement . . . transgenderism.  Social media, news outlets, tv, movies, and even government involvement has made this topic mainstream.  So, whether one wants to face this topic or not . . . it’s here.  In order to know/understand the causes and implications of this movement, I invested the money and time to read a book by Dr. Ryan Anderson, When Harry Became Sally.  Dr. Anderson’s book looks at this issue from a scientific, biological, and rational viewpoint devoid of the emotional, superficial, and political rhetoric.  Please don’t misunderstand, Dr. Anderson is not ignorant of the cultural pressure present in our country/world and he does address it, but far too often, policy tends to be set by emotion and the loudest voice rather than rational investigation and calm discussion.

In case you begin to believe this book is one man’s religious crusade against transgenderism, take pause.  Dr. Anderson’s book is endorsed by many who hold doctorates in their fields of study and through their expertise in law, medicine, psychiatry, sociology, and ethics . . . they simply paint a much different picture than the layperson is served through various news sources.  In much the same way the homosexual agenda has been forced upon the public without full disclosure concerning both public and private health issues (see https://www.summercreekbc.org/2013/04/which-side-of-the-line-culture-or-the-lord-2/), transgender activists have sought to hide the truth in regard to “gender dysphoria.”  Please make note that at no time does Dr. Anderson deny gender dysphoria; belittle those who struggle with this issue emotionally; nor does he promote intolerance. Although, it appears that Dr. Anderson is certainly intolerant of one topic . . . the political/progressive agenda held by transgender activists absent from the truth.

Please let me reiterate that neither Dr. Anderson nor I desire to be unsympathetic to the plight of those who struggle with gender dysphoria, but I have the same concern with transgender ideology as I did with the homosexual ideology.  In actuality, homosexual activists seek to normalize the homosexual lifestyle at the expense of public health and individual wellness.  I believe transgender activists are guilty of the same, but the truth must be told.  When I blogged on the homosexual issue, I received many emails stating that I was not “preventing anyone from being gay” because of the statistics concerning the homosexual lifestyle and its correlation with STD’s, depression, suicide, etc…  I will concede that people will do what they want to do.  There is no lack of sin in our world despite the warnings and the implications of sin, but that doesn’t mean we stop warning.  It doesn’t mean that we cease to educate, and it certainly doesn’t mean we halt speaking truth.

So, where to begin?  I guess the best way to begin is by putting this simple truth on the table.

In other words, let me discredit another well-known saying . . . “If it looks like a duck, walks like a duck, and quacks like a duck . . . it DOES NOT mean it’s a duck.”  We simply cannot turn males into females nor can we turn females into males.  Although many want to believe it’s possible, it clearly isn’t.  Through surgeries and transitional drugs, we might be able to make one gender appear somewhat like the other gender, but we cannot undo/redo what God created.  One must understand that our gender is not an end result, but a developed result.  For instance, one cannot just change the last page in a book and think the book is completely different.  It would require a complete rewrite.

I am ever trying to be the boy among the bystanders who points out what’s real.  I do so not only because truth matters, but also because overlooked amid the hoopla . . . stand many victims.

Victims of gender reassignment???  According to the transgender activists, the victims are the ones “trapped” inside the wrong body and certainly the merciful/loving/caring thing to do is help them through gender reassignment.  Dr. McHugh states that in the current culture:

A doctor who would look into the psychological history of a transgendered boy or girl in search of a resolvable conflict could lose his or her license to practice medicine,’ but there is no penalty for putting such a patient on drugs to block puberty, which may cause a host of problems.

Dr. McHugh has come under massive criticism for stating what seems to be obvious.  To feel trapped in one’s body is not “normal” and the cause or conflict that results in one wishing to transition SHOULD be investigated.  We should be asking the questions, “WHY does the person feel trapped and WHAT has led the person to this condition?”

But the underlying problem is that people tend to gravitate towards a superficial solution rather than attempt to get to the heart of the issue, and my friend, that is not a transgender problem, that is a human problem.  I could give you statistics contained in Dr. Anderson’s book such as, “Among children who experience gender dysphoria, 80-95% DO NOT persist in a transgender identity.”  Yet, transgender activists promote haste, and even deception, in helping children down a path towards transition.  I could also tell you that we ought to sympathize with those who have sought relief through cross-sex hormones and surgeries.  Yes . . . sympathize, because studies have shown that there simply are no psychological benefits of sex reassignment procedures.  The suffering is not alleviated simply because a male was feminized or a female was masculinized.  In other words, changing the cover of the book did not change the book.

One sentence that grabbed my attention in Dr. Anderson’s book was simply this:

At the core of the [transgender] ideology is the radical claim that feelings determine reality.

The myriad of applications, regarding that one sentence, exists all around us.  There is no doubt that we live in a culture where feelings seem to chart the course rather than rational discourse and logical conclusions.  That should bring us grave concern.  We are warned in scripture that the heart is deceptive (Jeremiah 17:9).  Our feelings are not always accurate.

Imagine the implications if we affirmed people’s feelings apart from reality.  For example, people who suffer from anorexia feel they are overweight even though they might be dangerously thin.  You tell me.  Would a good doctor affirm the person’s feelings OR would the doctor confront those feeling with reality AND seek to understand why the person sees what clearly isn’t true?  Dr. Anderson wrote:

Mental health professionals must not simply help people survive with whatever beliefs they happen to hold, but help people accept the truth, as they work through the deeper issues BENEATH the false beliefs. (emphasis mine)

In order avoid being labeled a bigot or transphobic, we are expected to affirm the false beliefs . . . an alternate reality.  It is troubling that transgender activists desire to force and legislate us to be co-participants in a person’s mental disorder.  Dr. Michelle Cretella continued:

It is vital to help people accept reality when their false beliefs are not merely emotionally distressing . . . but also life-threatening.

There was a phrase one of my mentors commonly uttered to me when times of conveying truth to people seemed difficult, if not impossible . . . “Welcome to the ministry.”  When people are governed by their feelings, it truly is extremely difficult, if not impossible, to rationally discuss the facts.  Discussing, questioning, and dealing with reality is a tough thing.  It requires us to look deeply into topics . . . into ourselves.  It requires us to deal with very real and very dark issues that are a part of who we are as sinful people.  David understood this when he penned this request in Psalm 139:23-24

Search me, O God, and know my heart!  Try me and know my thoughts!  And see if there be any grievous way in me, and lead me in the way everlasting.

David knew that the “cover of the book” wasn’t the problem.  David’s sins are well documented in scripture, but ultimately it was his heart that was the problem.  The solution, far too often sought, is to simply pacify/affirm the feelings rather than understand why the feelings exist.

Our world is marred with superficial solutions to problems that have much deeper causes.  In reality, exchanging body parts with the opposite sex (transitioning) is nothing more than putting, “Band-aids on bullet wounds.”  The wound is covered, but the damage is much deeper.  That is the truth that Dr. Anderson clearly lays out in his book.  Our sinfulness is nothing more than hiding our much deeper problems.  It’s our attempt to cover and appease a heart that is broken . . . messed up . . . because receiving new heart would require so much more of ourselves.  It would mean allowing God to do what only He can do.  The church (Believers) should be a part of proclaiming truth rather than affirming feelings when they are contrary to reality and contrary to scripture.  Unfortunately, that does not seem to be the current trend in many churches as they affirm feelings and in turn . . . affirm sin.

Dr. Anderson’s book focuses on the transgender movement, but the truths contained in the book have much greater applications.  The reality is . . . apart from Christ and conviction brought by the Lord, mankind feels alive.  People embrace their feelings of euphoria and freedom to do as they want and feel it is liberating and fun, but the truth is . . . apart from Christ, they are dead.  We must help them realize that their feelings are not in line with reality and their current condition is truly life-threatening.  The gospel, the good news of true life in Christ, can be found in the pages of the Bible.  Christ is the gospel.

You gotta look past the cover, open the scriptures, read, and go a little deeper.