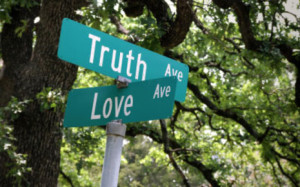 Recently, a news story grabbed my attention . . . and broke my heart.  John Gibson, a 56-year-old pastor and professor at the New Orleans Baptist Theological Seminary was found dead on August 24, 2015.  Mr. Gibson took his own life because his name was one of the 30 million names leaked by hackers of Ashley Madison, the website created for people seeking extramarital affairs.  Heart broken, Christi (the widow of John Gibson) stated, “What we know about him is that he poured his life into other people, and he offered grace and mercy and forgiveness to everyone else, but somehow he couldn’t extend that to himself.”  What a tragic loss.  According to CNN, Christi said that since the death of her husband, her family has made a pact to be more transparent with one another about their struggles.  She also expressed her concern for all those exposed by the hackers, “These were real people with real families, real pain and real loss,” she says. But “don’t underestimate the power of love. Nothing is worth the loss of a father and a husband and a friend. It just didn’t merit it. It didn’t merit it at all.”

There are some, perhaps many, who would proclaim that surely those who were cheating on their spouses needed to be outed.  After all, these people were in sin.  They were breaking one of the Ten Commandments – “Thou shalt not commit adultery.” Don’t you like the way I utilized the King James Version?  These people needed to be stopped.  Come on pastor, you should be glad that these people, along with their sin, were exposed.  Well you, those having those thoughts, might be surprised.

Let me begin that by saying that I do not condone adultery or any sinful behavior.  I don’t condone it in others, nor in my own life.  It is offensive to the Lord, our Creator, and no matter what we might believe, sin always damages our own lives and the lives of others.  Secondly, let me be clear about this . . . I am a sinful man, but let’s not stop there.  Almost without fail, I attempt to hide my sinfulness from others.  There are several reasons for concealment.

So you might be wondering . . . “Where are you going with this Paul?  I get it.  Yes, there are reasons people cover up their sin, but isn’t God about truth and now the truth about these people has been brought to light.”

My point is that God has always been about exposing truth, BUT that truth has always been coupled with or couched in his love.  That is dramatically different than singularity of truth ABSENT of love.  Although I do not know the hackers, nor their motivation for leaking the millions of names from the Ashley Madison website, I do know this.  Because the truth has been exposed absent from love, a great deal of damage, heartache, and now, even death has been the result.

When one looks at Genesis 3 (the very first sin committed), notice that the Lord exposes the sin, but he also presents for the first time the gospel (Genesis 3:15) and then he covers Adam and Eve’s nakedness.  He DOES NOT leave them exposed.  God does not have the attitude, “I caught you.  Now, you deal with your nakedness.”  I have often heard people, even Christians, justify gossip and hearsay simply because it is “the truth.”  Where is the love?  Where is the care and compassion?  As Christi Gibson stated, “These were (are) real people with real families, real pain, and real loss.”  In Matthew 18, Jesus makes it clear that when sin is known the goal is not proclamation and humiliation.  The goal is repentance and restoration.  That is why the very first attempt toward the goal of repentance and restoration, Jesus said, “go and tell him his fault, between you and him ALONE” (emphasis mine).  The church (a large group of people) is not involved until later and only if repentance and restoration is not achieved.

Perhaps all of us have been guilty of exposing truth and feeling that we have somehow been Christlike or Godly in our actions.  The real truth is that apart from the love of Christ, we are simply coconspirators in what Satan loves to do, “steal, kill, and destroy.”  An example of that destruction is on national display through the death of John Gibson.

I hope that John never questioned the grace, mercy and forgiveness of the Lord.  Perhaps he did struggle to forgive himself, but I wonder.  I wonder if John Gibson contemplated if the grace, mercy and forgiveness that he had extended to so many people would be extended to him by those same people.  Perhaps his conclusion was doubtful at best.  Perhaps that is what terrified him the most.  May we never be a part of proclaiming truth apart from love and may we never applaud or admire this type of behavior.  There is nothing Christlike about it.