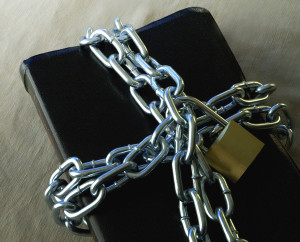 Recently, a friend of mine brought a particular blog to my attention.  She asked for my opinion and I thought I would share them here.  I know there is a show entitled, “Dog with a blog.”  I guess this would be “blogging on a blog.”

The original blog dealt with the issue of persecution.  The title:  “Real vs. Fake Christian Persecution: how you can spot the difference.” I WOULD REQUEST – Please read the original blog before reading my thoughts. The blog was originally written in July 2013, but with all the recent events including but not limited to Phil Robertson and all the controversies over “The war on Christmas,” nativity scenes, etc . . . I thought this was appropriate.  I look forward to your comments.

Here is the link to the original blog by Benjamin Corey – http://www.patheos.com/blogs/formerlyfundie/real-v-fake-persecution/

I read the blog that you referenced and I appreciate your inquiry concerning my opinion.  My first thought as I read was that it was awfully harsh.  If one wants to compare the persecution experienced by Christians in let’s say . . . Saudi Arabia verses the United States – done.  We experience nothing like those living in a Muslim state.  We are not losing our families, being imprisoned, or put to death, but that does not mean that Americans do not experience REAL persecution.

When you look at the gospels for instance, would anyone suggest that Christ was ONLY persecuted when he was physically manhandled?  Because if so . . . the persecution he received was in reality, very little in comparison to not only is life, but his ministry years.  For instance, Jesus lived approximately 33 years; and yet, his capture, torture, and eventual execution lasted only about 24 hours.  I am aware that at other times others sought to do Jesus physical harm.


Secondly, the Bible doesn’t present persecution as only imprisonment and/or death.

I think that answers the question, “Do American Christians suffer persecution for their faith.”  They do, but do they bring it on themselves?  Without a doubt, sometimes people are guilty of this.  There are many who would probably qualify as vengeful moralists rather than loving Christians.  For instance, there are those who love to spew their moral superiority in regard to homosexuality because it is not a temptation for them, while at the same time not only do they struggle in other areas where sin is rampant in their life, but they have never taken the time to share the Gospel of Jesus Christ with even their closest friends.

The reason I bring up the issue of homosexuality is that it might be asked, “Is Phil Robertson, from Duck Dynasty, being persecuted at this time.”  I believe he is, but I might add that I also believe he doesn’t care.  Phil was asked a question and I imagine the interviewer already knew how Phil would answer.  When Phil answered the question, people got upset.  I will admit that some of his language was crude, but we are talking about a simple man who uses simple language.  He, his family, and his faith are being slandered because of his stance on a particular issue and he made it clear that his stance was founded on biblical principles.  I also do not believe he made his comments with malice or intent to harm any one.  As a matter of fact . . . he made it clear that he believed ALL should be treated with respect and love.

Let me address some of the blogger’s assumptions:
He wrote that perhaps: “You are not experiencing anti-Christian persecution.  Instead, you are simply being persecuted for being annoying.”

Define what being a “Christian Annoyance” is.  Do you realize that the Texas State Congress had to pass a law in order to safeguard teachers simply because they wanted to say, “Merry Christmas?”  WOW – incredibly annoying.  I believe the author forgets that Christians are the stench of death to those who are perishing.  Something dead doesn’t move, gesture, or talk . . . it is simply annoying to be around.  I was once laughed at and made fun of at my first job because I refused to celebrate the end of a project by going to a strip club.  Was I persecuted for my moralistic stand or because of my faith?  Not sure, but I know that it wasn’t because I was annoying concerning my faith.  UPDATE 12/30/13 – A homosexual marriage will take place atop a float in the Tournament of Roses Parade.  Would this be considered annoying and therefore persecution deemed OK?  By persecution I mean slanderous, reviling, and hateful speech.  According to Corey, it isn’t persecution at all.


What about anti-gay comments? I noticed that Mr. Corey went to some of the most extreme examples to make his case such as Nathan Sommers.  I have been accused of being homophobic and a “one-issue” guy because of my blog, but I am confident that that is not a fair assessment of who I am.

Without a doubt, the topic of gay marriage and the mega-phone that has been given to the gay community has CAUSED both Christian and Christian institutions to address the issue that in the past, was not on the forefront.  For instance, it is possible that our church will be FORCED to put in our bylaws that our facility cannot be used for same-sex marriages nor can our ministers perform same-sex marriages.  Is that because we are homophobic?  Not at all . . . You see, it was not an issue that needed to be articulated in a church’s bylaws 20 years ago, but now the issue is being pressed upon the church by those in the gay community and therefore the church must respond to the issue.  If you are not aware, the Southern Baptist Convention did the same thing in regard to the Baptist Faith and Message.  Article XVIII was added in 1998 in response to the culture and a portion of that article states, “Marriage is the uniting of one man and one woman in covenant commitment for a lifetime.”

So, let’s address the florist and the baker.  Perhaps, Mr. Corey is right and they are not experiencing persecution.  Perhaps they are simply feeling the heat because they are rebelling against the law and discriminating.  Are they being selective in their application in refusing to provide a service to homosexual weddings . . . perhaps, but most likely the issue is what is “seen” rather than “investigated.”  In other words, I suppose that a florist or a baker could ask all the questions such as, “Have you had premarital sex and are both of you believers?”  What about, “Will you be getting drunk the night of the wedding?”  Whereas those issues are not readily perceivable, a same-sex marriage is – two men or two women.  Just to be clear, even as a minister who sits down with couples and talks to them about marriage, it is difficult, at times, to get information from people.  One time in particular, I really had to probe to find out that a couple was already living together (therefore, having premarital sex) before they came to see me about officiating their wedding.  I refused to perform the wedding unless they lived separately and stopped having sex.  By the way, they were not too happy with me and their anger spilled over to what, I guess I could claim, was some “persecution.”

Is it justice (as the blogger proclaims) that these people (the florist and the baker) are being sued and their businesses hurt???  I’m sorry; I don’t see it that way.  Let’s be sure that we realize what is going on and the point that is being made.  The “point” being made by the gay community is simply this, “You must serve me and support me despite YOUR convictions;” and yet, they want A&E to drop Phil and/or Duck Dynasty based upon THEIR (the gay community) convictions.  Quite a double standard.  The gay couple could easily go to another bakery and another florist, but they want to make a statement.  By the way, the couple previously mentioned that were living together, went to another minister.  I also noticed that Mr. Corey never mentioned that up until 1970 every state in the union had sodomy laws.  According to Corey’s logic, at any time up until 1970 (2003 in Texas), homosexuals only experienced bullying and hatred because of their “illegal activities” and not for their homosexual lifestyle.  Was it justice since they were disobeying the law?

In conclusion, I feel the blog is in poor taste.  Mr. Corey never acknowledges that legitimate persecution does occur in the US except to say, “even if you do face some legitimate persecution . . .”   The course that our country is heading down is one AWAY from biblical principles.  Most likely Christians and Christian institutions will receive even more verbal and possibly economic persecution in the future if the church or Christian individuals stand their ground.  These bulwarks will be necessary in order to either stop or delay the persecution that is sure to come in the form of even greater implications including family separations, imprisonment, and possibly executions one day.  Just like with Christ, it began with frustration, then slander, and then it moved to torture and death.  I truly believe it is only a matter of time.  The question will then be . . . “Will we stand on our faith despite the greater implications of our faith and the possibility of harsher persecution?”  Obviously the answer for some churches and Christians is “No,” therefore we will continue to see them capitulate to the demands of an increasingly pagan culture.