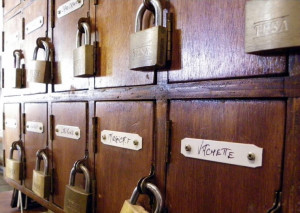 For those who frequent this blog, you might be thinking that I only have one tune to play, so to speak.  The fact is that I don’t create current events, I just comment on them.

During all the media coverage of the tragedy in Colorado and the excitement of the Olympics, the Democrats made it official: “Equality in Marriage” will now be a part of their platform.  That is a big move at this stage of the game. Also notice how they have worded the issue.  Isn’t their strategy interesting?  I wonder how much time and energy was invested to avoid using the phrase “homosexual marriage.”   I mean come on . . . isn’t the term “Equality in Marriage” nothing more than “a spoonful of sugar?”

At the same time that this was occurring, gay activists took their fight to the doors of Chick-fil-As across the nation regarding another issue.  Ah yes, the media hype and the media slant on that event dubbed a “kiss-in” was something to behold.  The local media was most interesting here in Houston.  One reporter reported that “it was a response to the National Chick-fil-A Appreciation Day.”  Of course you know me . . . I wrote to the station.  That report was not exactly accurate.  Let me help you out if you are unaware of the timeline.

I guess Carly McGehee has the gift of knowing the future if her call for a kiss-in was a response to Mike Huckabee’s call of support for Chick-fil-A.

In case you thought it ended here…make no mistake, there’s more.  According to the Huffington Post, Tuesday, August 7 was National Marriage Equality Day.   It was going to be co-named National Starbucks Appreciation Day so that in buying your Venti, albeit unaware, you would be supporting gay rights.  How did this happen and how have we arrived at this point?  How did we get to people buying chicken for family values or coffee for gay rights?

I hope you are paying attention to where this conversation (and controversy) is going and how lightening quick it is getting there.  For those on the left promoting the homosexual agenda, I am sure this is an exciting time.  Many public figures, the media, Hollywood, etc. are all supporting you.  You even have the backing of the current administration…finally.  But for those who view the homosexual lifestyle as sinful, things aren’t so great.  You are left wondering how this all happened so fast and right under your noses.

When sin gets a foothold, it is amazing how quickly it takes over.  Simply look at the story of Adam and Eve and their family.  Even though eating one piece of forbidden fruit was sinful, initially it didn’t seem that bad.  Adam and Eve simply disobeyed God and then attempted to cover it up.  Not that big of a deal, right?   And yet, in only one generation, the Bible not only records the first murder in human history, but a murder that was perpetrated brother against brother.    You can read these accounts in Genesis 1-4.

Think about this: only 10 years ago, much less than a generation, homosexual marriage was not a national topic.  Christian denominations were not embracing this sin and political platforms would not have dared to include it.  It was nothing short of political suicide.  Now, not only has all this occurred, but for one to even suggest that homosexuality is immoral is deemed by liberals as hate speech.  Think about that for just a moment.  It’s no longer just a difference of opinion.  If you or I do not agree with those who embrace homosexuality, the charge is that we hate homosexuals.  My, how far from the truth have we strayed.  Is anyone curious as to why anti-Christian language isn’t hateful?

Please don’t think me naïve.  The sin of homosexuality has been around a long, long time.  It has even been embraced by various segments of society.  But in this last decade, our country has made an about-face concerning this issue from a Judao-Christian worldview to one of moral relativism.  In fact, we are in a dead sprint in pursuing it.  Some would say we have already crossed the line.

Back to the Chick-fil-A story and the point of this blog.  Over the past couple of weeks (I was out of the loop while at school and on a mission trip), I have watched the conversations, the proposed boycotts, and the support for Chick-fil-A.  After reading blogs and various posts, what I found most troubling were the number of Christians saying they support Dan Cathy’s right to his beliefs, but he should have SOMEHOW kept them separate from the business of Chick-fil-A.  All I can say is – I am astounded.

The Cathy family HAS NEVER kept their faith separate from their business.  Listen to me, if you are my brother or sister in Christ, you can never keep your faith separate from every other part of your life.  Your faith IS YOUR LIFE.  I am sure you have noticed that Chick-fil-A is not open on Sunday.  Don’t you think that has something to do with their faith?  The motto at Chick-fil-A is to give “second-mile service.”  Guess what people.  That is a biblical concept.  You, me, and all the customers that Chick-fil-A has served over the years have benefited from the Cathy Family’s faith being brought into their business.

The problem is not and has never been Christians mixing their faith with their life.  The problem is too many “Christians” separating their life from their faith.  It’s called compartmentalizing.  Think about this for a moment.  Many went and bought chicken because they thought it was the “Christian thing to do.”  And yet for the outsider, how would he or she know what your feelings are toward homosexuals.  Or that you simply stood up for free speech.  Or perhaps you just had to have a chicken sandwich to satisfy your craving?  Now stay with me here.  That same idea – “It is the Christian thing to do” – will never enter the minds of some claiming to be Christians during the rest of the week.  How could I suggest such a thing?  Just visit Facebook.  “Christians” proclaim to belong to Christ while their pictures, comments, and lives look no different than the world.  Oh, don’t get me wrong . . . many will post a Bible verse every once in a while and some will even post that they are at church on Sunday morning.  But in no way does it affect Monday morning through Saturday night.  It has no impact on their language, attitude, website favorites, drinking habits, dating, or partying . . . compartmentalizing at its best.

What a completely inadequate view of Christianity.  When you claim Christ as Savior and then live life as a pagan, you cheapen God’s grace.  Scripture just doesn’t paint any such picture.  Grace is always pictured as something very costly and highly valuable.

For those embracing the homosexual agenda in the Christian community, please realize that this is not and cannot be a compartment in your life either.  Because embracing ANY sin permeates through to every area.  You can’t keep it in a box, separate from your faith.  You can’t claim Jesus as Savior and not make him Lord.  You cannot remain Lord.

It is exactly this grave and heretical error that has many young people proclaiming in videos that they are LGBT AND Christian.  A true Christian will not . . . it is impossible . . . continue living in sin while proclaiming salvation in Christ.  Paul asked this very question in Romans 6:2 – “How can we who died to sin still live in it?” You are either a Christian and your life of sin is in the past, or you are still residing in your sin and you are lost.  You are dead.  You are not saved.

Don’t twist my words to say that Christians never sin.  Christians are sinners saved by grace and must daily surrender their will of the flesh to that of the Spirit that now abides with and in them.  So while Christians continue to struggle with sin, they most assuredly do not contently live in their sin.

The bottom line is this: you and I must not decide morality based on what we think, hear, see, and feel.  We do not have that authority.  It belongs to God.  It is time to stop claiming Christ as Savior apart from Christ as Lord.  You can’t buy chicken and claim you’re standing up for Christian values and then live like the rest of the world.  You can’t live or condone the homosexual lifestyle and claim that Christ is your Lord and Savior.  Be real with yourself and with others.  You can’t have it both ways.  It is time to know where you stand and why you stand there.  You either rely on the foolishness of man or you adhere to the wisdom of God.  You are either dead in sin or alive in Christ.  People who are alive in Christ will not compartmentalize their lives.  They live for Christ.  Everything they do is for the glory of Christ.  If Christ has saved you, live for him and make him Lord in every area of your life.  Jesus has rescued you from the compartment you were in.  It was your coffin.