Things NOT better yet! 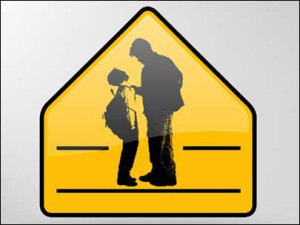 Let me begin this latest blog by apologizing to the three people who actually read this blog.  I have been swamped with being a father, husband, pastor, and student, so my blog has taken a back seat.  I don’t think anything is going to slow down in the near future, but I had a moment to write, so here it goes.

I am sure all here are familiar with the term, “Bully Pulpit.”  Believe it or not, the term originally had nothing to do with a “pulpit” or a “bully.”  The term was coined by Theodore Roosevelt and it actually had a positive meaning.  That was news to me, because I am sure you know the term as I do.  We talk about a “Bully Pulpit” when someone misuses a position of authority in order to intimidate others.

Although this is tactic is used all the time, I believe this particular incident upon which I am blogging is really quite different for two reasons.

Although not a household name, Dan Savage (a columnist in Seattle), caught the attention of the country last year when his project, the “It Gets Better” campaign, went national.  I first saw the commercial while watching an NBA playoff game.  I went online to find out more about the organization.  I will simply repost what I wrote one year ago concerning the “It Gets Better” website.

According to the It Gets Better Project website, because many young people are bullied each day, they have nowhere to turn. This is especially true for LGBT (Lesbian, Gay, Bisexual, and Transsexual) kids and teenagers. The site goes on to say, In many instances, gay and lesbian adolescents are taunted — even tortured — simply for being themselves. The site then lists the names of seven kids that committed suicide because they were gay or perceived to be gay by their peers. The next paragraph is as follows:

While many of these teens couldn’t see a positive future for themselves, we can. The “It Gets Better” Project was created to show young LGBT people the levels of happiness, potential, and positivity their lives will reach – if they can just get through their teen years. The “It Gets Better” Project wants to remind teenagers in the LGBT community that they are not alone — and it WILL get better.

I clearly stated that I agreed with the campaign concerning bulling.  The life we are called to live in Christ does not allow for us to physically abuse or verbally harass anyone.  Oh Yeah, there was one more thing that I wrote about the campaign, so I want to repost what I KNEW to be true about the “It Gets Better” Project.

When it comes to the issue of bullying, I wholeheartedly agree with the “It Gets Better” Project, but that is not the real objective of the project. The reality is “It Gets Better” is a full-on, no-holds-barred promotion of the homosexual lifestyle.

Man, did that make some people upset.
How could I assert such a thing?
Here was a man (Dan Savage), with an honorable campaign promoting peace.
Dan wasn’t promoting an agenda; he simply wanted people to be tolerant of others.
I was certainly called many colorful names and my church labeled a “hate group.”

WELL, here we are one year later.
THE PULPIT:  Addressing the National High School Journalism Conference
THE BULLY:  Dan Savage

Invited to speak about anti-bullying at the National High School Journalism Conference, Dan Savage chose to use a student conference to berate and bully teenagers.  Instead of speaking about tolerance and respect for people who are different, he attacked Christian kids and their beliefs.

Now here is where it gets even more interesting.  Do you know what anti-bullying campaigns tell kids?  I do.  I have three kids.  They are told, “If someone is bullying you, walk away and if possible find an adult.”  In other words, don’t escalate the violence by fighting back, but instead, attempt to remove yourself from the situation.  What did the Christian teenagers do as Dan Savage verbally assaulted them???  They got up from their seats, and walked out.

Now picture this.
There is an adult berating Christian teenagers for their beliefs.
These kids do what they have been told.  They walk away.
AND WHAT DOES DAN SAVAGE DO?
He calls them pansy-assed. CORRECTION:  Dan called their response (walking out) pansy-assed.  Please note that Dan also stated that this is “a distinction without a difference.” So, my original post stands.


Later, Dan told the audience to tell those he ridiculed to come back because he was finished “beating up the Bible.”  This statement was followed by hollering and cheering from students in the conference.  So, he wasn’t beating up people, just the Bible?  Can people just beat up on gay-rights and not homosexuals?  I wonder if any of the future journalist caught that play on words and the intentional misconstruing of events.

Let’s see if I can put this in context for you.  I shouldn’t have to say much about the character of Dan Savage.  He exposed his true colors.  He relished the opportunity to go after a bunch of kids, call them names, and make fun of them.  The problem is that I am not sure which is worse, Dan Savage or the sponsors of the event [JEA (Journalism Education Association) and NSPA (National Scholastic PRess Association)].  Neither sponsoring group apologized for the attack, but rather said this to the future journalist.

“While as a journalist it’s important to be able to listen to speech that offends you, these students and advisers had simply reached their tolerance level for what they were willing to hear.” The JEA and the NSPA also said it was a “teachable moment.”

Dan later said that he had the “right to defend myself and to point out the hypocrisy of people who justify anti-gay bigotry by pointing to the Bible . . .”  I guess the obvious question is, “Who attacked Dan at this conference?”  Dan’s “tolerance” for those who disagree with him was most apparent when he referred to himself as the “middle-finger” to teachers and administrators who would not let him have access to schools in the past.

I believe the JEA and NSPA were right on one issue.  This is a “teachable moment.”

As our country continues to turn its back on not only Judeo-Christian values, but on Christ himself, this is the direction we will continue to go.  My brothers and sisters in Christ, this is the world that our children are facing.  We better be about teaching our children the truth of scripture, because it is only a matter of time before they will be bullied from those that loath the Christian faith.  I applaud those students who stood up, and walked out.  Some of our children will most likely need to do the same in the future.  Are we preparing them for this future?

Christ was tortured and hung on a cross and still said, “Forgive them, for they know not what they do.” Dan couldn’t even handle the honor of standing in the “pulpit” at a conference without bullying children.  Which would you have our teenagers emulate?

I was right  on this issue before and so I’ll say it again.  “Apart from Christ, things WILL NOT get better.”