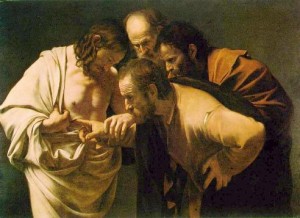 I decided to republish this blog that I wrote 2 years ago.  Resurrection Sunday is only days away and I hope this blog will help focus your heart and mind of the event that occured 2000 years ago – Jesus Christ, light of light, very God of very God – died on the cross and was resurrected 3 days later.  Jesus paid the price for our sins that we could not pay.  Praise God for his grace and mercy.  May you be encouraged by the following.

It’s that time of year again.  Yes, it is Easter and spring, but I’m talking about something else.  It’s that time of year when the History Channel and Discovery Channel, as well as many newspapers, magazines and other periodicals, publish the latest spin that scholars have deduced concerning the death, burial, and resurrection of Jesus Christ.  Now don’t get me wrong, I watch them and watch to see what new artifacts and insights have been discovered and it is quite interesting.  I was recently forwarded a news article from the Houston Chronicle that I thought . . . well . . . certainly did not fit into the idea of a new discovery concerning the resurrection of Christ.  The article was entitled:

The title really caught my attention.  Doubts raised by scholars?  I am not sure if Mr. MacDonald overlooked this, but doubting a “Resurrected Jesus” happened right after the resurection occured and it had nothing to do with scholarship.  As a matter of fact, many people cannot even talk about the Apostle Thomas without placing the descriptive term which characterized him for an event right after the resurrection (Doubting Thomas).

Think about this.  Thomas was a man who walked, talked, and traveled with Jesus for three years.  Some may forget when Jesus was summoned to go to Bethany for the sake of Lazarus, all the disciples were afraid to go.  They knew that the Jews wanted to kill Jesus and surely they would kill them as well.  It was Thomas who said, “Let us also go, that we may die with him.” (John 11:16b)  Thomas was right there when the stone was moved away from the tomb and Lazarus was called forth.  Thomas had seen Jesus’ authority over sickness, nature, and even death itself.

Jesus had been crucified.  He had been laid in a tomb.  Everyone thought it was over.  Thomas, along with the other disciples went into hiding, afraid they would be killed next.  These ten other men, the disciples; they were his friends.  These men were the ones he had experienced all these events with over the last three years.  If the Jews came, it would be these ten men who would fight with Thomas for their very lives.  They were the only people he felt safe with at that time. BUT THEN IT HAPPENED.  Jesus shows himself to the disciples . . . and Thomas wasn’t there.  When he returns, they tell him, “We have seen the Lord.” (John 20:25a)  Now pay close attention to his response.

Thomas makes it clear.  This isn’t just a little unbelief here.  This is real doubt.  Let’s return to 2010.  One such doubting scholar named in the article is Bart Ehrman.  Dr. Ehrman is the author of Jesus, Interrupted.  He has written over 20 books and according to his website, “Among his fields of scholarly expertise are the historical Jesus, the early Christian apocrypha, the apostolic fathers, and the manuscript tradition of the New Testament.”  His resume is far too long to list here and as impressive as it is, the problem with Dr. Ehrman’s lack of faith has nothing to do with his scholarship.  Although this is not a formal review of Dr. Ehrman’s book, one issue that Dr. Ehrman highlights in Jesus, Interrupted are the “inconsistencies” among the Gospels.  What is most interesting to me, concerning atheists and agnostics (Dr. Ehrman is an agnostic), is that while they point out areas in which the gospels seem to contradict one another, these very same men and women would be shouting “conspiracy theory” if the gospels were word-for-word.  Again, the problem of doubting the resurrection has nothing to do with scholarship, the “inconsistencies” in the Bible, and it doesn’t even have to do with a 2000 year separation between us and the miracle of the resurrection.

How would I know such a thing?  The Bible tells us.  Read John 20:25 again.  We have all heard the phrase, “Seeing is believing.”  Do you know what that idiom means?  It simply means that people can only really believe what they experience personally.  Thomas tells the disciples that the only way he is going to believe is that he would have to “see and place his fingers in the mark of the nail.”  He was going to have to experience Christ.  When Christ shows up again, Thomas sees (experiences) being in the presence of a risen Savior and he believes.

Well, what about us?  We cannot see Jesus, so surely we will doubt.  Scripture seems clear that the problem with doubting is not a vision problem, but rather a problem with the heart.  Paul wrote in Romans 10:9-10.

If you confess with your mouth that Jesus is Lord and believe in your heart that God raised him from the dead, you will be saved.  For with the heart one believes and is justified, and with the mouth one confesses and is saved.

You will notice that Paul didn’t say one thing about our vision or our eyes.  That is not the problem.  Ultimately, Thomas’ problem was not that he didn’t see Jesus with the other disciples, the problem was his heart.  The problem with Bart Ehrman is not his scholarship, (Many are just as scholarly, and yet; they do not doubt) but rather his heart.

Jesus points this out in Luke as well.  You might remember the story of the Rich Man and Lazarus.  The rich man is in Hell and he is concerned about his five brothers.  He tells Abraham that if someone goes to his brothers from the dead, his brothers will repent.  Abraham responds, “If they do not hear Moses and the Prophets, neither will they be convinced if someone should rise from the dead.” (Luke 16:31)  We know that Thomas had already seen a dead man rise.  The issue once again is that nothing, . . . nothing will overcome doubt apart from having a personal encounter with Christ.  That encounter produces a changed heart.  Neither witnessing people rise from the dead nor a lifetime of Biblical scholarship is a substitute for Christ.

So faith comes from hearing, and hearing through the word of Christ (Romans 10:17)

Doubts concerning Jesus’ resurrection are not raised by scholarship, but rather; doubts are embedded in hearts that have not experienced Jesus.  That is why, until people experience Jesus, THEY WILL NEVER BELIEVE.